Please ensure Javascript is enabled for purposes of website accessibility

Is it worth paying a wealth manager?

How much money do I need to hire a wealth manager? 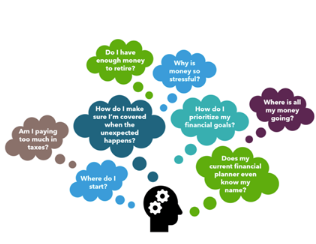 I saw a tweet the other day about Warren Buffett calling his stockbroker in the 1970s. The story went something like he told the broker to bid at a price which the seller refused, saying the price was too low, and then more bad news came out and the company agreed to the price at which point Mr. Buffett lowered his bid and prevailed. The point of the tweet was that discipline has been a longstanding characteristic of this spectacularly successful investor, but my takeaway was that everything about that story of financial services is different today.

What I imagine motivated the energy in that exchange—the intimacy of the buyer and seller negotiation, needing a broker to place the trade, slow back-and-forth rather than speed of light transaction time—all were reasons to pay for wealth management back in the day.

They no longer even exist now. Which makes it reasonable to ask—why pay someone to help me manage my money and the financial aspects of my life? Is it worth it?

I was talking to someone a few weeks ago who went to a financial presentation about shielding assets to secure transfer to the next generation and remain eligible for government assistance. Her question: this doesn’t seem to be quite right, but am I just being stupid?

No one wants to be a sucker, and it seems sometimes if you look at Facebook, Twitter, or mainstream media that there isn’t anyone not making a killing in some high-flying stock or flipping houses, or another quick scheme where the downside risks aren’t given equal airplay. Does that make the modern version of the Warren Buffett story then that it’s worth it to pay a wealth manager to gain access to these “sure thing” stock picks?

No. The “past performance doesn’t predict future results” disclaimer is so ubiquitous that most consumers probably know it by heart. People yearn for high return with no risk, but most understand that is not on offer when they work with a financial advisor. What most people want is “Don’t lose my money” and to get as much growth as possible at the least risk.

They also want to trust that the person advising them toward this goal is unbiased—that they make recommendations not based on what will be best for them but on what is in the client’s best interest. What’s known as the fiduciary standard.

We can’t address the “Is it worth it?” and “Am I being stupid with my money?” questions without addressing the reality that most consumers don’t think the institution of financial advice delivers on this fiduciary standard. According to Gallup’s honesty and ethics poll, stockbrokers come in at 80% average/low/very low reputation—between lawyers and car salesman.

If you think a wealth manager lacks scruples, can’t protect you from bad results and can’t offer a certain outcome, what makes their advice worthwhile?

What came to mind when I pondered this question was an exchange between Russ Roberts and Yuval Levin, author of Time to Build, on the podcast Econtalk. They were talking about the role of institutions to shape professionals who fulfill the mission of the profession. Like doctors who heal, lawyers who uphold the law, teachers who educate. Russ Roberts framed the problem: “(We) notice that ‘Hey, these people are not doing what I thought their job was.’ . . . a doctor prescribes a drug that is provided by a pharmaceutical company that takes them on a summer vacation under the guise of a conference . . .  it’s not just that the people don’t act in a trustworthy way . . .  It’s that they’re acting in a way that doesn’t conform to what I understood to be the goal.”

The way this observation relates to my industry is that we haven’t been very clear about articulating the mission, and that makes it hard to substantiate the claim that we are trustworthy to fulfill it. We compound this by making it hard for consumers to figure out how to find someone who successfully delivers on that promised goal.

My mission is to provide a structured dialogue to organize your thinking about living well and connecting your ideas to your money, and from this foundation create an all-encompassing financial strategy to achieve these goals. This approach kindles your motivation to live with integrity, with your behavior aligned with your values. The decisions that need to be made—how much and where to invest, how much to earn, save and spend, what house to buy and charitable gifts to make—these decisions become much easier to make when you have clarity and confidence. This is the compass that points you in the direction to settle the fears and doubts and guide you toward maximizing results—tangible and intangible—that matter most to you.

Yuval Levin on A Time to Build – Econlib (econtalk.org)